GENCLERBIRLIGI - ALMOST, BUT NOT QUITE ! 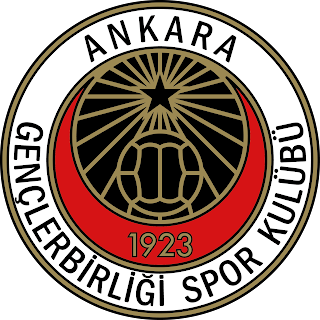 Gencler almost snatched the equaliser near the end which was no more than their 2nd half efforts deserved.    However, in the end, they paid the price for a lack lustre performance in the 1st half.

Umraniye was good value for their half time performance and looked the more dangerous going forward with Gencler looking lethargic.     However, it was the opposite in the 2nd half with more or less non-stop attacking from Gencler, but despite waves of attacks, they couldn’t find the equaliser.

Umraniye was straight into the attack from the kick-off and in the first 4 minutes Adiyaman made two crucial saves to prevent Umraniye taking an early lead.

However, there was little he could do to prevent the opener after 10 minutes.     Gokhan made a surreptitious and unnecessary trip on an Umraniye attacker near the goal line to concede a penalty.     Mrsic rolled/stroked the ball inside the right post with Adiyaman diving in the opposite direction.

On the half hour mark and it was 2, with a goal out of nothing, but well executed.    A throw-in on the right was back-heeled into the path of Gultekin on the 18 yard line who shot inside the right post with Adiyaman rooted to the spot in the centre and off his line.

It was a different Gencler in the 2nd half with an obvious more determined attitude and chasing every ball, and it only took 15 minutes for them to play themselves back into the match.    Good work from Eleke on the right to avoid 2 tackles and take the ball to the goal line.    A perfect cut-back for Lima to stroke the ball in.

Gencler was all fired-up and attacked relentlessly looking for the equaliser.    It almost came in the 90th minute when Eleke’s goal bound shot was well saved by the goalkeeper.

3 minutes later and Gencler paid the price for the all-out attack when they were caught on the break.    The long ball was played to Taskan who outpaced Gokhan and drove a fierce shot past Adiyaman.

Next weekend there is a New Year break and then Gencler face another difficult away match against Eyup who is challenging at the top of the league.