ANKARAGUCU - Back to Square One ! 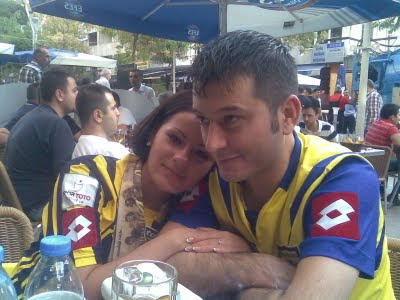 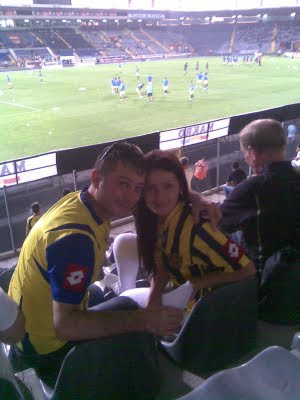 Ziya Dogan's first match as Technical Director and he can see quite clearly now where the team's problems lie.

Bereft of all the 'star' players who jumped ship during the past few weeks (Rajnoch excluded), he has a complete rebuilding job to do around the players who have stayed on board.

Captain Hurriyet did his best to steady the ship last night, but they are totally disorganised and lacking in a game plan. The defence is back to the old habit of hoofing the ball anywhere in panic, and the midfield guilty of giving the ball away and passing the ball to opponents. Ergin was a lone figure up front chasing back for the ball and he didn't have the support he needed from midfield or Turgut out on the right. It wasn't until Tonia came on in the 2nd half that Ankaragucu started to look like a team likely to score !

We all met up in The Chopin Bar, but without the usual optimism which Efes usually gives ! We expected the worst (as did Oz Kanka and the Gencler kankas) and so we were not surprised at the final result ! 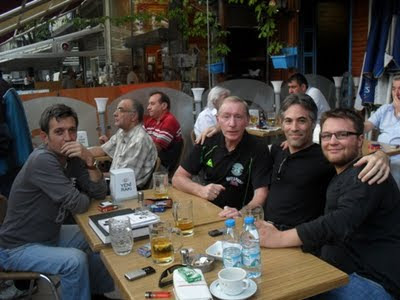 Damon, Yankee and I were able to enter the Stadium using our new Kombine Tickets and the others had to pay the extortionate price of TL 10 !!

It was an unbelievable carnival atmosphere in the Stadium with Gecikondu in particular full and in sparkling voice. The volume increased as the match continued even when Ankaragucu went two down. The Gecikondu Boys really are a class act and an entertainment in themselves !

There is not much I can say about the first half which would not be very complimentary towards Ankaragucu. Only once did they threaten to score when Ergin was put through on the 10 minute mark but his shot hit the post and was cleared.

It was Mersin doing most of the attacking and Ankaragucu pinned back in defence. Lots of near misses with Ozden making some fine saves and a few goal-line clearances when he was beaten. So, going in 0-0 at half time was rather fortunate and a relief.

Well, I suppose on pressure alone, it was inevitable that Mersin would be the team to score first and the goal didn't take long to arrive. Two minutes into the 2nd half and another Mersin break on the right. The perfect cross came in for Nobre to fire in a textbook header with Ozden well beaten. For those of you who attended the Baskent Cup last month he scored a similar goal, and in fact, he's been doing the same for Beshiktrash for many years. So, Ankaragucu received another basic lesson ........ do your homework on the players who are likely to pose a danger !!!

Ten minutes later and it was 2-0, and what a goal it was too. Certainly a candidate for goal of the season. Again the cross came in from the right to the unmarked Nobre and with his back to the goal, he gave a first-time overhead kick to send the ball into the top right hand corner with Ozden having no chance. A classic goal from a great player.

Ankaragucu was still trying to get their show on the road and Tonia was the only player who looked as though he was the only player who thought the match wasn't over. He had a great chance to score on 65 minutes when he was put through with only the goalkeeper to beat. However, he delayed his first-time shot and tried to take the ball around the keeper but was pushed too far wide and the chance was gone.

Mersin was still in control of this match and passing the ball around just like Ankaragucu did to them in the Baskent Cup Final ! It was frustrating to watch as they played with the ball and tried to run the clock down.

Then with 5 minutes to go and with the Stadium emptying, the consolation goal arrived. From a free kick just outside the box, Serdar sent a sweet well aimed shot into the top right hand corner of the goal with the Mersin goalkeeper clawing air. A classic and well taken free kick, and I'm pleased to see Serdar back in the team. He came off the bench late, but I'm sure he will feature in the starting line-up soon.

So, it's obviously not the start to the league campaign which we wanted, but Ankaragucu received what they deserved last night, ie, zero points !

They now face the difficult trip to Beshiktrash next weekend and Mr Dogan will have to have a tactical masterplan up his sleeve if Ankaragucu is to take anything from that one.

As Oz Kanka said in the previous post ........ on last night's performances, it's going to be a long hard season ahead for both Ankara teams !