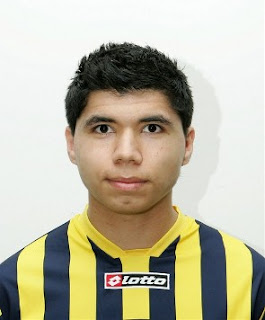 Reports today from the Hurriyet claimed that Besiktas, Bursaspor, Gaziantepspor and Kayserispor are all interested in signing Ishak Dogan. The youngster signed for Ankaragucu two years ago from Arminia Bielefeld. Mesut Bakkal used him sparingly last season at left back and left midfield. It was Hakan Kutlu who gave him his chance this season and the young defender has taken his chance and has impressed with his performances.

Ishak is out of contract at the end of the season, and looks set to take advantage of a free transfer due to unpaid wages. It will be another blow to Hakan Kutlu who has already lost so many first team players for the same reason. Karabukspor have been impressed with Atilla Garhan Aybars who scored against them on two occasions this season. He could join the likes of Kagan, Ugur, Ergin, Illhan and Guven Varol at the club.

Other players who are set to leave the club are Aydin Toscali and Muhammed Turkmen. Aydin chose to stay with the club through the hard times when everyone else left, but there will be offers for him to stay in the Turkish Super Lig with other clubs. Muhammed has been told to stay away from the squad due to protesting about unpaid wages, he has even been fined for his protests. Bilal Gulden, Bayram Olgun and Veli Torun have also been linked with moves away.
By Nady - April 17, 2012