Ankaragucu lose on and off the pitch! 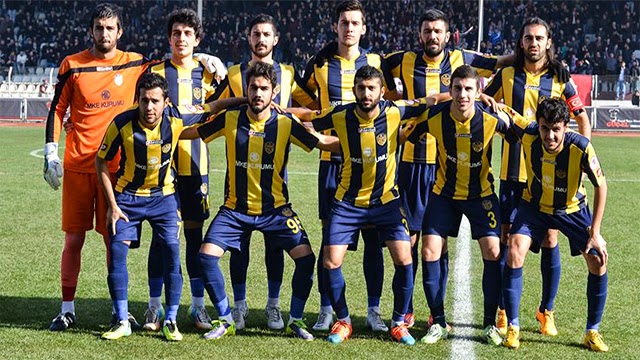 Today was one of the most important days in the 105 year history of Ankaragucu as the Congress took centre stage over the teams match in Inegolspor. Unfortunately there wasn't anything worth celebrating yet again for the Ankaragucu fans.

Mehmet Yiginer was elected as President of the club for the 2nd time with him being the only candidate despite Bent Ahlat claiming he would be a candidate. The board have confirmed the club will become Ankaragucu A.S with the aim of having 110 Million income next season and 50 Million expenses. Where they think they will make that money is beyond me.

Harun believes that they are preparing to merge Osmanlispor and Ankaragucu A.S when they go to the Super Lig. We have both confirmed that it will be the end of the road for us if that happens.

As for matters on the pitch, Ankaragucu yet again failed to find the net as has all to often been the case this season. A 2nd half goal for Inegolspor gave them all 3 points and kept their promotion hopes alive. It really is embarrassing that we are talking about promotion for Inegolspor and relegation for Ankaragucu.

Next up is Basaksehir in the cup midweek at an empty Cebeci stadium due to the stadium ban. Incidentally there was more trouble at todays game. It never rains at Ankaragucu, it floods!!!
By Nady - January 25, 2015