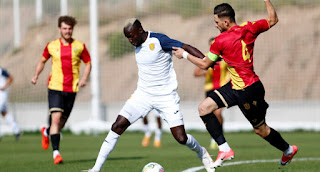 Ankaragucu won 3-0 against Yeni Malatyaspor yesterday in the teams 2nd pre season match as they look to build on the fitness level ahead of the start of the Super Lig campaign. We cant get too carried away by the result as Yeni Malatyaspor played a youth team where only 1 player was aged over 22 years old.

Again it was glaringly obvious that Ankaragucu need to strengthen the defence otherwise they have no chance of staying in the Super Lig. Only Marlon is of the quality required at Super Lig level. Abdullah Celik started at CB and the young defender has spent the last season on loan in the lower leagues. It will be interesting to see how he develops.

Ali Sowe opened the scoring for Ankaragucu late in the first half, while both Federico Macheda and Eren scored in the second half.

Dogukan saved a late penalty in the Ankaragucu goal too but due to the lack of coverage we dont know much else about the match. The main thing is the players getting meaningful minutes under their belt.

In other news Ankaragucu will take on Genclerbirligi on the 30th July in the TSYD Cup at 19:00pm Turkish time.