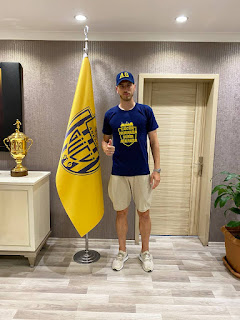 When building a team any good Sporting Director or Manager will tell you that you build from the back. Sadly with 2 weeks until the season starts Ankaragücü have only signed their first centre back and are still severely lacking.

Alperen Babacan who wasn’t deemed good enough for the Ankaragücü team who were relegated from Super Lig, or the Lig 1 team last season, has played 2 out of the 3 games in Erciyes alongside Sinan. The right back position is also a concern as Oguz hasn’t had the greatest of times over the last couple of years.

The signing of Uros Radakovic stinks of desperation. The 28 year old has had near enough a new club every season with most failed experiences including Bologna, Astana, Wisla Krakow and most recently he couldn’t hold a regular place in an Arsenal Tula side who were released in the Russian premier league.

Let’s hope his experience is more positive in the Turkish Capital for the sake of Ankaragücü. He is 6ft 4 and one of his strength are said to be his passing and good on the ball.

He has signed a 1+1 contract and should make his debut on Friday against Genclerbirligi.