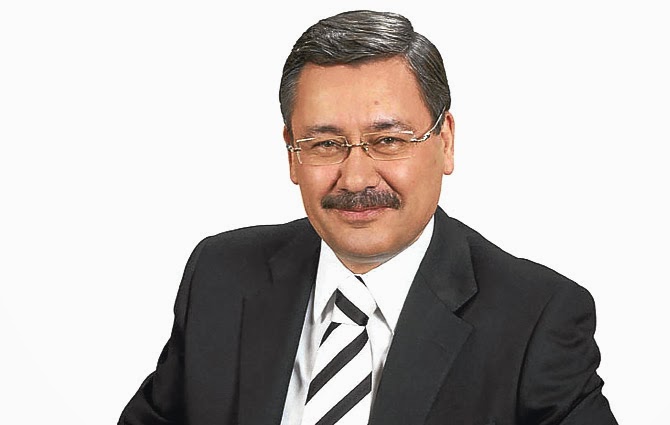 The Round Ball in Ankara doesn't participate in any Political talk and to be fair this isn't really about politics, its more to do with saving Ankaragucu from someone who nearly killed them. Mayor of Ankara is up for election to remain as Mayor of Ankara and typically has started talking worrying nonsense of how he wants to change the name of Ankaraspor to Ankaragucu.

Melih is now talking of how he still loves Ankaragucu and that when Ankaraspor are promoted to the Super Lig next season he will look to change their name to Ankaragucu. These are worrying times for the club and fans. Back in 2004 the same thing happened with the Kayseri clubs. With Kayseri Erciyesspor sitting above Kayserispor they changed their names much to the anger of both sets of fans. Ten years later both teams are back in the Super Lig and the crowds rarely go above 10,000.

With Ankaragucu sitting 2nd in Lig two and on course for a return to the PTT Lig the fans have turned out in their numbers. Their are more fans turning up to the games than when they were in the Super Lig. The last couple of home games have seen more than 17,000 at the games and its expected to remain that way until the end of the season. The credit for that has to go to Mehmet Yiginer, he has done a fantastic job along with his management team.

But the worrying thing is his friendship with Melih Gokcek, has his work been genuine, or has he been a front man for Melih Gokcek with the end result always being the change of names of the merge between the two clubs. Ankaraspor are sitting at the top of the PTT Lig and have no fans turning up at their games. You are lucky if they get more than 1,000 people turning up.

We need the fans to show their resistance to any compromise on the History of Ankaragucu. The club have been going for 104 years and someone like Melih Gokcek should never be allowed to jeopardise that. We Ankaragucu fans would rather remain in the lower leagues with our pride and history, than return to the Super Lig with a name change. Anyone who backs Melih and his plans just remember you are really supporting Ankaraspor who have stolen then name of a historic club.
By Nady - February 19, 2014