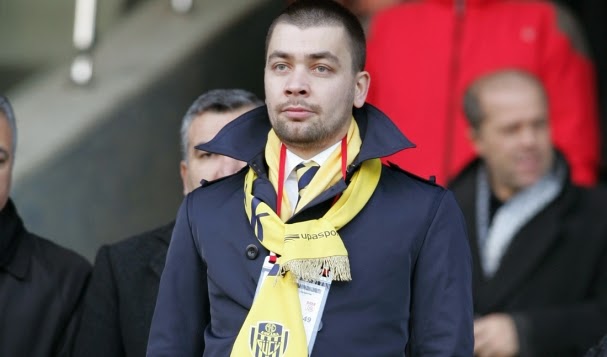 There was another twist in the future of Ankaragucu yesterday as former chairman Ahmet Gokcek paid the 22 Million tax bill that was due during his period at the club. Gokcek has also called on Cemal Aydin, Cengiz Topal, Serdar Ozersin, Sami Altinyuva, Ertan Sumer, Bent Ahlat and Atilla Suslu to pay their outstanding tax debts to the club.

Now this news should be positive for the club, but unfortunately we don't know what the motives behind this move from Gokcek are. It now looks almost certain that he will be involved in someway along with his father Melih Gokcek. Harun seems to think they are trying to hide something as a lot of dirty work went on during their time at the club.

It looks like their are two possible scenarios on what is going to happen at the club. First option is that the Gokceks clean up the mess they made, come back to the club and merge Ankaragucu with Osmanlispor in Lig 2. That would be the honourable thing to do, it would mean paying outstanding debts that them and Cemal Aydin were responsible for.

The second option is that they merge Osmanlispor with Ankaragucu in the PTT Lig and leave the current Ankaragucu to fall to the Amateur Leagues and eventfully the club will close. I have already discussed this option with Harun, Bugra and Damon. My feelings on this scenario is that it would be the end of me supporting the club. We would no longer be Ankaragucu, we would basically be Osmanlispor with a name change. Harun and Bugra share the same opinions, i know Damon is kinda undecided at the moment, and that is simply down to his love for the club the same as the rest of us.

The first option for me is the only option, Ankaragucu have 105 years of history. Osmanlispor and Ankaraspor done have any history or fans. The congress will take place on 10th January and I'm sure we will know a lot more then. It needs to be sorted out one way or another as things cant continue like this any longer. If the second option happens then I'm finished with Ankaragucu, i would almost certainly be finished with Turkish football for them letting this happen, but i would possibly just follow Genclerbirligi as i wouldn't want it to be the end of the Kanka group.

In other news, Levent Kale is the clubs new captain after Serhat Gulpinar terminated his contract last week.
By Nady - December 28, 2014