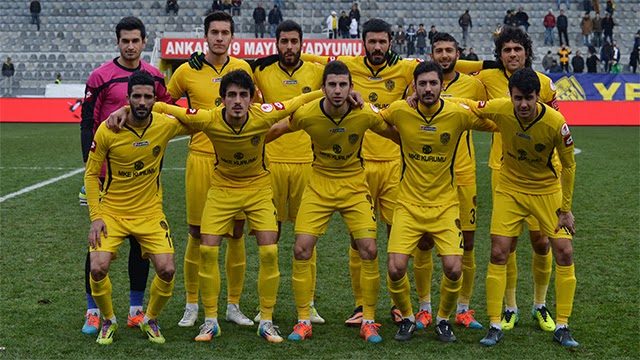 As Jim often says, it never rains at Ankaragucu, it pours!!! And today the club were faced with more bad news as 2 key players are on their way out with more expected to follow. The club has agreed a fee of 250,000 TL with Goztepe for Mehmet Erdem and the winger is set to join his new team after the congress.

Goztepe are also set to make a move for Levent Kale as they look to boost their promotion chances to the PTT Lig this season. Another player on his way out of the club is captain Serhat Gulpinar who has terminated his contract with the club as he looks to start his coaching career.

Its a major blow for the club loosing Mehmet and Serhat both who have played important roles for the club. Mehmet joined last season from Polatli and has impressed with his skill and pace while scoring some important goals. Serhat has been with the club for 2 years after signing from Istanbul Basaksehir and brought much needed experience to the side.

In the last couple of hours its also been reported that Umut Nayir and Gokhan Akkan are set for moves to Eskisehirspor. Both youngsters are set to leave the club in January with many surprised they didn't move on in the summer.

Losing the above players and more set to follow with Hasan Ayaroglu and Onur Atasayer also interesting clubs, Ankaragucu will be lucky to win another game this season, thats if they make it beyond January.
By Nady - December 24, 2014