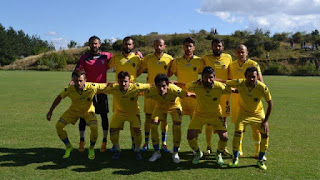 The long await is nearly over as Ankaragucu approach the season opener against Tokatspor on Sunday afternoon. With a whole new squad of players it will be interesting to see who coach Aykan Atik goes with for the teams first game of the season.

With a wealth of experience in the squad now their can be no excuse for Ankaragucu being one of the favourites for the coming season. It will however require some patience as the team has only had a couple of days together and in football it takes a while for players to gel and get to know each others game.

Tokatspor are a bit of an unknown side but Ankaragucu just need to concentrate on their own game and believe in their qualities and ability. Players such as Mehmet Yildiz, Timur Kosovali, Emrah Bozkurt and Mehmet Ozkurt will add goals to the forward line which was badly lacking last season.

The team can also call on the services of Hasan Ayaroglu who despite signing for Eskisehirspor has been loaned back to Ankaragucu for the season. Orhan Evci will be hoping he keeps his place in the first team after an impressive season last year, but the arrival of Goksu Alhas for the right back position could see Orhan play in midfield again.

Ankaragucu will take 275 fans to the match in Tokat and will be again the driving force behind the teams performance. Despite the clubs poor season ticket sales this season, its expected that their will be big crowds at the 19 Mayis stadium this season, especially if the team get that winning start on Sunday.
By Nady - September 02, 2015