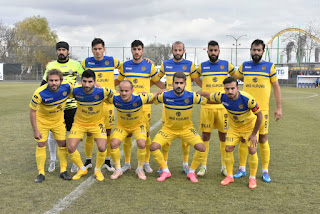 Another huge match in Lig 2 this week as Ankaragucu host Kocaeli Birlikspor as both teams look to close the gap on leaders Manisaspor. Kocaeli climbed above Ankaragucu into 2nd spot last weekend after the Capital side were held to a 2-2 draw at Ankara Demirspor. The visitors are in excellent form scoring 12 goals in their last 4 league games including last weekends 5-0 thumping of Keciorengucu.

Ankaragucu on the other hand have struggled for goals this season and had to thank defender Adem Saglam for his 2 goals last weekend to rescue a point. He has now scored more goals this season than Timur Kosovali, Enes Kubat and Teoman Erkan combined.

Kemal Kilic has against the odds managed to keep his job, the Ankaragucu board released a statement on the website saying that he would be staying and there is an important match this weekend which they need to concentrate on.

Abdullah Halman is the form man for Kocaeli with 6 goals in 10 games this season and will be looking to add to his tally on Sunday afternoon. The Ankaragucu fans will be hoping for changes in the starting line up with Orhan Evci, Hasan Kaya and Mustafa Ozturk all in contention for a place in the team. Enes Kubat is suspended after his sending off last weekend and a few of the players could see themselves dropped from the starting line up after a string of poor performances.

The match kicks off at 1330 Turkish time on Sunday afternoon in front of another big crowd at the 19 Mayis Stadium. Lets hope this time the players give the fans the 3 points that the deserve.
By Nady - December 04, 2015