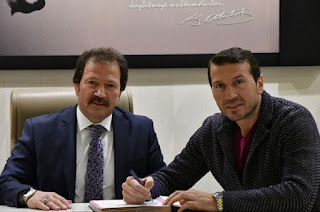 Ankaragucu have moved swiftly to replace Ismail Kartal with the appointment of former Goztepe manager Bayram Bektas on a 1.5 year deal. Bayram is reported to have held talks with the club in the past but couldn't come to an agreement. Ankaragucu finally got their man and we look forward to seeing what he can bring to the team and if he can get the season back on track.

Although a highly rated young manager, his CV doesnt exactly fill you with confidence as he has had 5 jobs in his career to date, with all of them ending less than a season for different reasons. Appointed manager of Goztepe in the summer, he was sacked early December after a run of poor performances and results which see Goztepe also in a relegation battle.

Lets hop Bayram can find more success at Ankaragucu and keeping the club in the Super Lig is all that the fans can ask for at this stage.