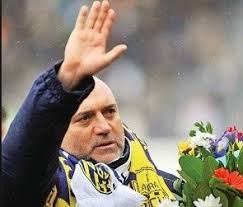 After another poor performance and result at the weekend, Mustafa Dalci resigned from his position as Ankaragucu manager. After a good run of results in December, Ankaragucu have won 1 and lost 7 of their last 8 games. Dalci at least had the decency to walk away and allow a more experienced manager to come in and try and save Ankaragucu from relegation.

Former Ankaragucu manager Hikmet Karaman who was last with the club in 2009 when i first started supporting the club, has agreed a 1.5 year contract with the club and will take charge of his first match on Saturday against Kayserispor.

Karaman is a manager who can motivate players and get the best out of them. He has faced similar tasks in the past and has been successful. Hopefully he can start with the game against Kayseri which is a must win match against another relegation rival.

We will have the match preview of that match later in the week, but for the time being, good luck to Hikmet Karaman and welcome home!