Just got a note from Spine that the fullback Michael Stewart is about to sign on the dotted line and will be playing for Gencler next season.

According to the Anatolia news agency he will be coming on Thursday and has agreed on all issues. No source though.

He was playing at Hearts for the last couple of seasons and I'd be interested if anyone has any knowledge of what he is like as a player.

In the meantime, Ambo Kanka Peter was yesterday awarded his own Gencler top by Board member Halil Erkman. Erkman also told us that Aussie midfielder Mile Jedinak will be returning to the side having spent most of last season at Antalyaspor on loan. Good news to me. 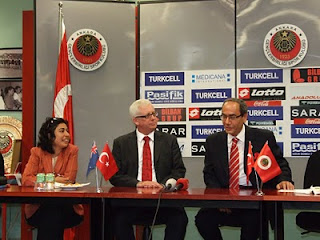 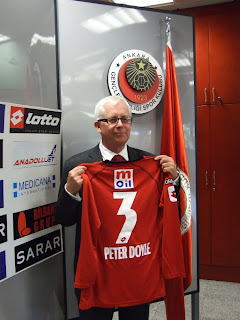