And now for a change of pace

Nadeem and Rebecca flew in from Scotland on Friday and with such esteemed guests it was decided to slightly change our plans this week. So instead of heading directly to the Beer Bus we started first at the Old Mariner. The roll call: Dan the Man, Kaleci Kanka Tansu, Eski Kanka Jim, Battle Hardened Kanka Damon, Nadeem, Rebecca and your correspondant. We were later joined by Billy.

Conversation over the Efes ranged from the some strange intonations in the Turkish language to the Romanian football league. One little tidbit we learnt was that Rebecca is a Celtic fan and Nadeem a Rangers supporter. Must make for interesting times on derby day.

Off to Kebab 49 for some grub and then down to the Beer Bus for the match of day.

With Doll sacked during the week Gencler were playing under his old assistant Ralf Zumdick. I wasn't very optimistic before the match but was quietly happy when we came out attacking. 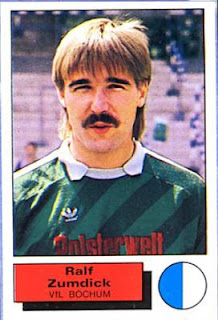 Zumdick pictured next to the dugout during Saturday nights 3-1 loss to Trabzon.

Harbuzi and Zec were creating problems for what seemed like a tired Trabzon outfit. We were not just camping in the Trabzon half but getting off good shots on goal. This all paid off in 33rd minute when Serkan came flying in from defence and smashed a free ball into Billy Mehmet's back which ricocheted into the back of the net. I'm not even sure the keeper could have saved it even if it hadn't hit Billy as the ball was flying.

High fives all round at the Beer Bus where there were also a dozen or so Alkaralar fans. We kept up the attacks and all wasn't seeming too bad at half-time.

Second half and eh...? I have no idea what they put into the drinks of the Trabzonspor players but boy oh boy did it work. The entire second half was completely and uterly dominated by the home team. The equaliser came in the 68th and then two more later on. All a bit depressed at the end.

I'm not sure how long Zumdick will last (the rumour mill has it that a Turkish coach is being sought out) but he certainly has a difficult case on his hands. I can only wish him the best of luck. He will need it.
By Oz Kanka - October 24, 2010