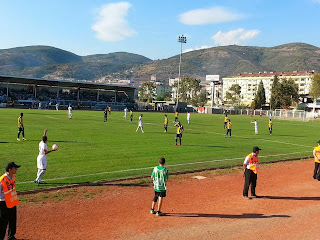 Ankaragucu came away from Korfez with a share of the points which keeps them in contention with the leaders Bandirmaspor at the top of the table. Korfez lost 2-1 to Antalyaspor in extra time midweek in the cup and today was always going to be a difficult match.


Kaan Kanak made his return to the team today but there were no places in the team for Volkan Geyik, Mert Erdogan, Emre Tasdemir, Aydin Toscali, Ibrahim Sahin, Teoman Erkan, Aytac Oden and Levent Kale was placed on the bench.

It all started so well for Ankaragucu, and it was that man Kaan Kanak who marked his return from injury with a goal after 12 minutes to make it 1-0 Ankaragucu much to the delight of the traveling support. 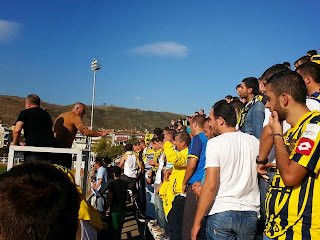 The early goal should have been the benchmark for another Ankaragucu victory, but instead Gokhan Akkan kept Ankaragucu in the game with some great saves before Erman Ergin made it 1-1 after 39 minutes.

Into the second half and Ankaragucu didnt create much, infact it was the home side who had the best chances but for some outstanding goalkeeping from man of the match Gokhan Akkan. Korfez also had a goal ruled out for offside in the second half to.

Orhan Evci had to go off injured and is now a doubt for next weeks match with Nazilli BB at home. Badirmaspor and Alanyaspor both drew today as well meaning the league table is as it was before kick off today.
By Nady - September 29, 2013