It was a cloudy but rain-free day when we met up at the Stadium Cafe. Naaarich Kankie Lucy, Maniac Kanka Harun, Battle Damaged Kanka Damon and Paddy Kanka Paul. Lots of Turkish Tea, Turkish chatting and watching the Amateur matches on the Astro Turf pitches. 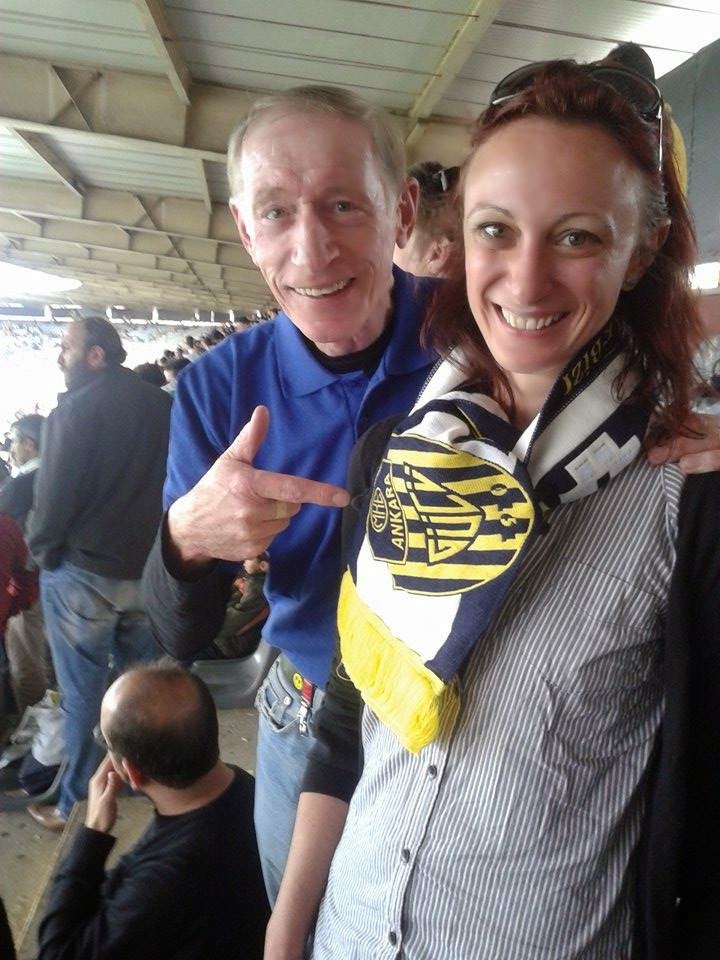 Into the Stadium we went to be confronted with our star striker, Levent, hobbling down the touchline on crutches and into Gecikondu he went for the whole match. Absolutely bloody amazing thing for him to do and we all take our hats off to him for his loyalty to the fans !

The Gecikondu and Maraton tribunes were full as usual, and the good news was that Aydin was back as our Club Captain after recovering from injury. There were 30 loyal Altay fans in the away end !

The teams came out and the Ankaragucu team were carrying a banner which read …...... 'please don't park your car in the handicapped peoples spaces'. Was it an illusion, or did we see lots of Ankaragucu fans rushing for the exits ??!!!

It was fairly end to end stuff for the first 10 minutes with both teams trying to settle. However, it was Altay who settled first and scored a fortuitous 1st goal on the 13th minute mark when a shot at goal was deflected by an Ankaragucu defender to wrong foot Gokhan and open the scoring.

The customary Bursaspor song was sung in Maraton on the 16th minute, but Gecikondu were otherwise engaged in a song of their own and missed out !

It was around the 20th minute that I was quoted as saying …......... 'Ankaragucu is playing pathetic footie and haven't even troubled their goalkeeper' !

However, no sooner had I said that than the equaliser arrived. It was a free kick just outside the box, and my Man of the Match, Selim, sent a great free kick around the Wall and into the corner.

Here we go, we were thinking, but …....... no …........ 2 minutes later and a Keystone Cops comedy show occurred in the Ankaragucu box when Gokhan and a defender both went for the ball and then hesitated. Thanks very much says the incoming Altay forward to waltz the ball into the empty net with Gokan and the defender looking at each other …......... in what ? Dismay ? Point of fact ….......... it is the goalkeeper's responsibility to take control of anything in the area. Gokhan, you must take the blame for this stupidity !!!!

Altay had their tails up now and with 3 minutes remaining they almost snatched the 3rd, but a punched clearance from Gokhan saved the day.

So to half time and there can be no doubting that the best team were in front.

As the 2nd half was about to start, good news at last. Kaan was coming on yesssssssss ! Without absent Levent, Kaan and Emre, the Ankaragucu team was definitely lacking in 'team' spirit.

Selim rose to the occasion for the 2nd time when he shot home the equaliser on the 54th minute after some great build up work from Ankaragucu who were beginning to show some fighting spirit. I was right behind the line of fire and his swerving shot took a deflection off the post to canon in.

15 minutes later and then came the Goal of the Match. It was lovely tip-tap footie which Pepe would have been proud of between Kaan and Mehmet, for Umut to fire in for a fantastic goal.

It was almost 4 three minutes later when Selim's shot-cum-cross hit the post and then was collected by the goalkeeper.

15 minutes to go and another great goal. This time it was Mehmet Cakir who curled a free kick around the Wall for the 4th goal and the celebrations began.

The bad news is that Alanya also won today so it is …... as you were with only one point separting Ankaragucu from Alanya.

Next week's last match takes on mammoth considerations in the quest for 2nd Place. It is a MUST WIN match against a strong Bandirma team who currently lie in 4th place in the league and will also be in the Play-Offs. 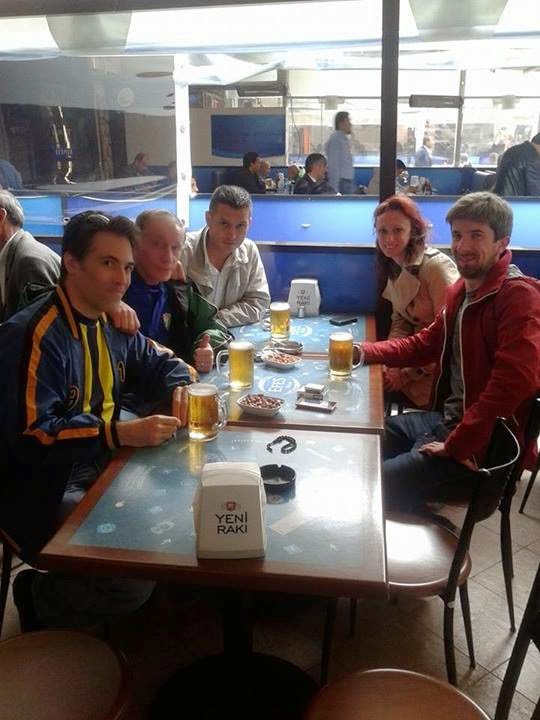 So, back to the Chopin to celebrate a good win (in the end) and to watch Naaaarich City take a point from Chelsinki.    A win next week at Carrow Road will see the Ingallish Canaries survive in the Premier League.   Let's hope that happens and we can celebrate with Naaaarich Kankie Lucy when we watch Atletico Madrid win the Champions League !!!!