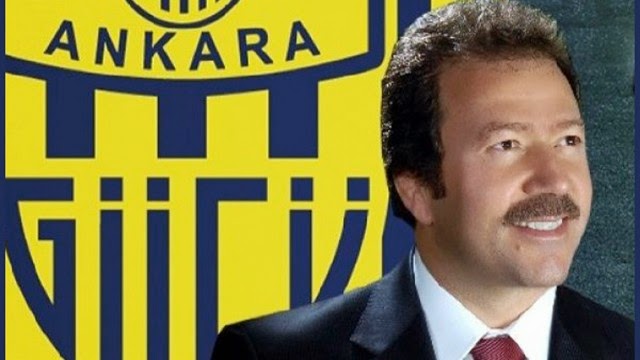 President Mehmet Yiginer today spoke of the 2013/14 season and the future plans of Ankaragucu. Its difficult for any Ankaragucu to put their whole trust in any president after the way things have went in the last 5 years. Without going into to detail of the events in the past between The Gokceks, Cemal Aydin, Sami Altinyuva, Bent Ahlat and any other corrupt individual who has had control of the club, its safe to say the fans will never trust anyone in power again.

Mehmet Yiginer however has won the respect of the majority of the fans, although some are still sceptical due to his friendship with The Gokceks. No one can deny that he has done an excellent club to keep the club alive. He has paid of debts to former players and coaches, brought in some much needed investment from local businessmen, and was behind the Ankaragucu Dirilis campaign this season which saw a record breaking amount of season tickets sold and attendances at the 19 Mayis Stadium.

The question that must be asked though, has this been all for the good of Ankaragucu? Did Yiginer see potential in a sleeping giant that is still deep in a coma? Or has it been all part of a cunning master plan of the Gokceks to gain control of the club?

You would like to think it was the earlier, that Yiginer was genuine in his attempt to do his best for the club, but to many things just don't add up. First of all there is the close friendship between Yiginer and Gokcek. When Yiginer first took over, he said he would only do so if he got the approval from the Mayor Melih Gokcek. Yet even after Melih said he couldn't give his approval he still took over. Then there is the whole situation between Ankaragucu and Ankaraspor at the end of the season.

Ankaraspor looked well on their way to the Super Lig until the second half of the season where they dropped down the table and only managed a playoff spot, eventually they lost their playoff match and will spend another season in the PTT Lig. Meanwhile Ankaragucu within touching distance of Altinordu all of a sudden lost 8 key players due to injury and lost at home to Ofspor. After that match Yiginer reportedly punched captain Mehmet Cakir and told him along with other key players they no longer had a future at the club and their contracts would be terminated. A couple of days later those players were all back in the squad.


Maybe this is all a bit far fetched and there is nothing in it. But today President Yiginer has announced that the clubs debts are in a bad way and he will be meeting with Melih Gokcek to seek help. A merger between the two clubs now looks likely. The Gokceks always get what they want in the end. If this ends up a case of Ankaraspor changing their name to Ankaragucu then the club will be dead in my eyes.