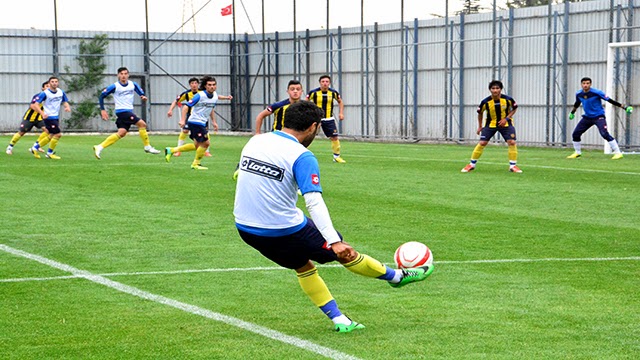 Ankaragucu travel to Istanbul tomorrow to bring down the curtain for what has been an inconsistent season for the club. With the highest budget in the league the Ankaragucu management will know they should have had enough in their locker to win this division. All is not lost however as both clubs have sealed their playoff places.

After tomorrows match, Ankaragucu have 5 matches to play in their bid to return to the PTT Lig at the first time of asking. Ankaragucu and Bandirma will be joined by Alanyaspor and Diyarbakir BB from the red group. While in the white group it goes down to the last day of the season between Giresunspor, Goztepe and Hatayspor who will become champion. Yeni Malatayaspor have secured their playoff spot while Kartalspor, Pendikspor and Inegolspor will all fight it out for their place. An Ankaragucu vs Goztepe final could be one of the most fiery encounters in Turkish football history.

Ankaragucu will be without Levent Kale, Volkan Yilmaz, Emre Tasdemir and Aytac Oden through injury tomorrow. It will give the likes of Hasan Ayaroglu and Mehmet Erden another chance to impress as the players will have to be on their toes to keep their place in the team for the playoffs. The one position Ankaragucu need to address is the defence. The goals the team has conceded over the season have been the reason why Ankaragucu never achieved automatic promotion. Even last week against Altay the two goals conceded were of an amateur standard.

That said both Bayram Olgun and Gokhan Akkan need to step up their game with neither able to hold down the number 1 spot this season. Gokhan is young and still learning, but Bayram is an experienced goalkeeper and needs to do better.

Mehmet Cakir and Umut Nayir have been amongst the goals again of late and Ankaragucu will be relying on them again tomorrow. Umut has attracted the attention of Super Lig sides as well as Samsunspor. Another season at this level and the youngsters of Ankaragucu might find the offers of clubs in a higher division to hard to turn down.

As i write this report Hibs are 1-0 down at home against Kilmarnock thanks to a Kris Boyd goal. Hibs could be joining Rangers, Hearts and Raith Rovers in the Championship next season. What a prospect that could be.
By Nady - May 10, 2014