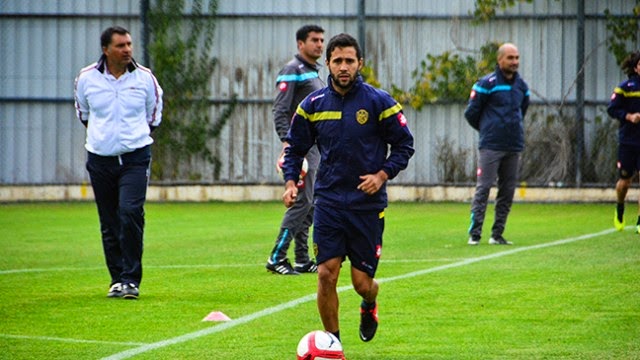 Ankaragucu have more injury worries ahead of the home match with Kirklarelispor on Saturday afternoon. With the team already struggling with numbers this season due to the influx of players leaving the club, its more bad news as this Ankaragucu side have been dragged into a relegation battle. Orhan Evci, Hasan Ayaroglu, Mehmet Tasci and Ramazan Adiguzel are all out for the next 3-4 weeks.

Its a big blow for Hasan Ayaroglu who despite having a lot of talent, his career has been plagued by injuries so far. Orhan is one of the few players in the team with pace and will also be missed as will Mehmet Tasci.

Last weeks match at Gumushanespor was one of the worst performances this club has displayed in its 105 year history. Coach Mustafa Kaplan apologised to the fans stating the level of performance wasn't acceptable. The Ankaragucu fans have been very faithful to Kaplan and the team despite these poor performances. Instead they have turned all their attention in trying to save the club. Several Ankaragucu fans have been on a hunger strike at the clubs Tandogan headquarters with them demanding help from the Government and Ankara Businessmen.

Through all Ankaragucus troubles, one person who has stood shoulder to shoulder with the club and tried to help the club is Aylin Nazaklia. What a fantastic women she is and it puts those men in government to shame that she is the only person willing to stand up to those who have let the club down.

Sundays match will be tougher than Ankaragucu fans expect, the visitors Kirklarelispor are undefeated in their last 4 matches and have won 3 of them. They also have a lot of experience in the team and will go into the game full of confidence.

Ankaragucu on the other hand haven't won in their last 4 games and have lost 3 of them, they lack experience and have a lot of injury problems. Unfortunately i cant see anything other than a comfortable win for the visitors. Hopefully i am wrong.
By Nady - November 28, 2014