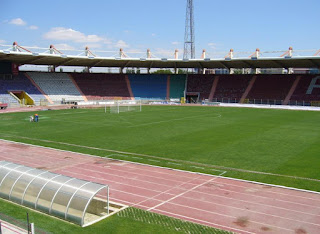 Ankaragucu finished the season with another hopeless performance and pathetic defeat at Tuzlaspor. In a season that started with hope and minimum expectations of reaching the playoffs, has ended in embarrassment and anger as the team finished in the same position as last season, 9th. Bearing in mind last season we had a transfer ban, had to rely on the youth team, where as this season we signed 12 new players.

Of those players signed only Goksu Alhas can walk away with his head held high, the rest can take their poor attitudes and lack of effort elsewhere. John asked me what went wrong since December where we were sitting 2nd earlier today. We just needed 2-3 extra players to come in and help the team, instead management failed to lift the ban to bring anyone in, they didn't pay players wages and the players threw in the towel. Compare and contrast to Manisaspor whose full team weren't paid wages but went on to win the league today.

Ankaragücü even had Omer Bozan, Salih Sefercik and Adem Saglam walk out on the club due to unpaid wages.

It now looks like the club will either face relegation next season or go bankrupt in the summer. Melih Gokcek, Mehmet Yiginer and the fake free ticket fans have nearly done their job in killing this club. I know Mehmet Yiginer has been lying about some of the things that he says through a couple of former players. Two players I know still haven't been paid money owed when he said the debt had been paid off to said players.

To make matters worse, Ankaragucu start next season with a 5 match stadium ban due to the trouble in VIP section last week. You have your management team to thank for that!!!