Ankaragucu missed their chance to clinch the title in Kastamonu today after a disappointing 1-0 defeat against a solid Kastamonuspor side. Luckily for Ankaragucu our friends from Sariyer saved the day with a 2-1 win over stuttering Gumushanespor.

Only Ismet Tasdemir can explain why yet again Enes was subdued to a place on the bench while Erhan finds himself in the starting line up. It was another game where Erhan offered nothing to the team and Omer also struggled eventually being subbed at half time.

Ankaragucu have played 7 games against the top 4 sides and haven't won a single one of those matches. It's only thanks to the awful form of Gumushanespor that see Ankaragucu still within touching distance of the title.

Today's match was more of the same disappointing attacking play that has sadly saw no improvement in the 2nd half of the season. Kastamonuspor took the lead through Yasar Cetin after 15 minutes due to poor defending from Ankaragucu.

Kastamonuspor went in 1-0 at half time with Ankaragucu having failed to muster a single shot on goal.

Sadly it wasn't much better in the second half, we did manage a couple of shots on goal and Muharrem went close late on, but Kastamonuspor took all 3 points which see them extend their 18 match unbeaten run and look set for the playoffs.

Our very own Harun and his friends made the trip to Kastamonu and informed us there were over 3,000 Ankaragucu fans who travelled. Next weekend that number could reach 30,000 as the opportunity to clinch the title at Kayseri Erciyesspor looks very likely.

Kayseri have only won 1 game all season and lost 6-0 against Tuzlaspor today. Ankaragucu fans have already started booking their transport to the match. It's unclear how many tickets will be made available to the Ankaragucu fans.

The Kadir Has stadium holds 32,000 and if there are no restrictions on fans we could see a huge away support there hoping to cheer Ankaragucu on to their first title in 107 years. Let's pray to whoever you do or don't believe in that Ankaragucu deliver the goods! 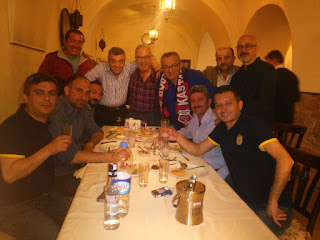 Harun and Horseman celebrating with Kastamonu fans at the end of the match. Ankaragucu almost certain to clinch the title, while Kastamonuspor are in the playoffs. 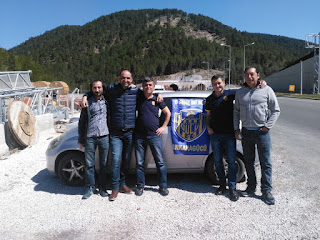 Harun and Ankaragucu fans enjoying the Kastamonu weather before the match. 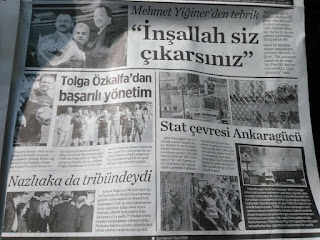 Todays newspapers who state that its a great day for both Ankaragucu and Kastamonuspor as AG close in on the tile and Kastamonu prepare for the playoffs!

Its also worth noting that Harun who was at the match said that Ankaragucu played very well in the second half and were unlucky not to score.
By Nady - April 14, 2017