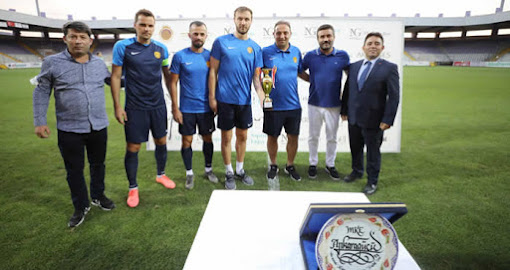 Ankaragucu have a nice new trophy to brighten up the small trophy cabinet at Bestepe Training Facility after winning the Victory Shield last night.

A 0-0 draw with Altay was enough to see them top the group and awarded the trophy at the end of the match as pictured above. As with all the other matches, there was no coverage, information on line ups or match reports.

Fatih Mert also announced today that he is meeting with the lawyers of Alessio Cerci and Thomas Heurtaux tomorrow hoping that they can come to an agreement that will allow the club to lift the transfer ban. He also claimed that at least 5 new players will come in.

We are running out of time with the season just under 2 weeks away, lets hope we hear some good news soon.