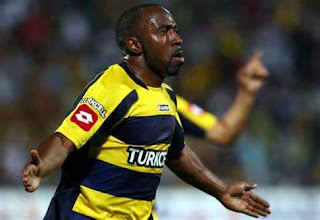 Before we look ahead to Sundays Derby, Ankaragucu have this afternoon confirmed the signings of  Ghayas Zahid and Nadir Cifci ahead of tonight's transfer deadline.

Zahid is a Norwegian midfielder who can play in the Number 8 and Number 10 position and is seen as something of a coup for the club especially at this level. He has been capped twice by Norway and has played the last couple of seasons in Cyprus with APOEL and Greece with Panathanikos. The club have been trying to sign him for 12 months now and will be delighted to finally get their man.

Nadir Cifci is a striker who had a successful spell in Scotland with Dundee United back in 2013-15 which saw him win a move to Celtic. Things didn't work out there and since then he has moved from club to club without much success. His time at Genclerbirligi a couple of years ago is the only season he has scored double figures.

Mustafa Dalci will be hoping both are available for Sundays match with Genclerbirligi but will need to assess their fitness first.

Last time out Ankaragucu were convincing 3-0 winners at Denizlispor thanks to impressive performances from Erdem Ozgenc and Ali Kaan. Their were positives from that match in the amount of chances the team created and the performance in particular of Ali Kaan who will now hopefully go on and show why he is rated so highly.

Despite the positives, Denizlispor still had chances and looked like one of the weakest teams in the league. They have made a lot of new signings so will be hoping their fortunes change in the coming weeks. It was a difficult match to judge how much of an improvement Ankaragucu made. Sundays match with Gencler should give us more of an idea.

Gboly Ayiribi made his debut last week and will be hoping to get more minutes under his belt to add to his fitness. He had a couple of good chances against Denizli but failed to take them and that is a part of his game he will need to work on. With his movement and pace he will get chances at this level but needs to take them. Kwabena Owusu will miss out again due to injury but should be back for the next game.

Yusuf and Sinan will likely again start as the centre back pairing. Yusuf has played well in the first couple of games but Sinan still looks dodgy and suspect to pace which Gencler will look to exploit. Pinto and Erdem will play either side on at the full back positions.

Huseyin Acar was one of the clubs big signings in the summer but so far he has failed to deliver the level of performance he is capable of. That is down to the shape he is in, he needs to drop some body fat and improve his fitness levels. Alongside Ali Kaan they could be a very good pairing for Ankaragucu in the middle of the park.

Aatif and Zahid will be the two midfielders expected to create and make things happen in the final 3rd of the pitch. Aatif is another who is a long way from match fitness along with Abdullah Durak. Zahid hasnt played this season so will also take some time to adapt.

The striker position Eren Derdiyok has failed to register a single shot on goal in his Ankargucu career and now has Nadir Cifci to compete with. If Nadir is fit he should go straight into the starting line up on Sunday and hopefully put one over his former team.

Genclerbirligi warmed up for the match with 3-0 friendly win at Konyaspor at the weekend. They have only taken 1 point from their opening 3 games but have also made a number of new signings in the summer who need time to adapt.

The last time the two sides me was in the TSYD Ankara cup in the summer which Genclerbirligi won. Ankaragucu will be hoping to come out on top on Sunday though in a match that is already at this early stage an important match for both sides.

The game kicks off at 3pm Turkish time and will be live again on TRT Spor!