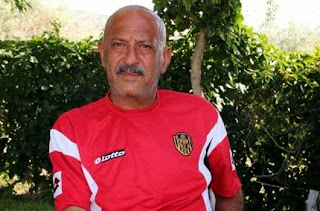 Fuat Aykuz has been appointed as the new manager of Ankaragucu. He has been promoted from the youth team and takes over from Hayati Soldas who resigned earlier this week. His first task will be tomorrow as the side take on Ofspor in the league.

When i was in Ankara last month i met Mr Aykuz who was taking training sessions for the youth team. Although i don't know much about him, he is well respected within the club and knows the club inside out. He will be familiar with the players with many of them having played under him at youth level.

The new manager is also a former player of the club and it will be interesting to see what style of football he plays. Lets hope its 3 points tomorrow for his first game in charge of the club.
By Nady - November 17, 2013