Transfer ban will not be lifted ! 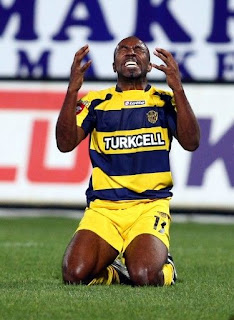 Mehmet Yiginer has been unsuccessful in his attempts to lift the current transfer ban at Ankaragucu. The president flew out to Istanbul this morning to have talks with the Turkish FA in order to lift the ban. Those talks came to an end and according to reports, the lawyers of both Darius Vassell and Muhammet Hanifi rejected any negotiations over their outstanding payments.

Muhammet Hanifi spent more time on the bench or injured than games played for Ankaragucu, whilst Darius Vassell had a tough time off the field since moving to Ankaragucu. The club will now need to put the transfer ban to the side and push on with the current players as they fight to stay in the Turkish PTT Lig.

It is another blow for the Ankaragucu fans, who on every transfer window are fed the same stories only to be given the same excuses as to why the transfer ban wasn't lifted. The new management team new back in december what was required to lift it, Mehmet Yiginer has failed on his first big task in lifting the ban. He now has to prepare the club for next season with the possibility of playing in Lig 2. 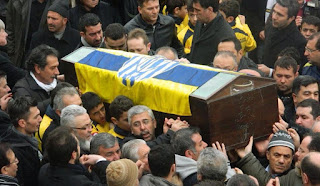 Meanwhile Ankaragucu said farewell to Arif pecekek at his funeral today, a large crowd which included Hakan Sukur, Cengiz Paca, Cengiz Topal, Ziya Dogan, Samet Aybaba and the first team squad gathered at Tandogan before the muslim ceremony at the Mosque. The crowd paid their respects and said their goodbyes to the former Ankaragucu legend.