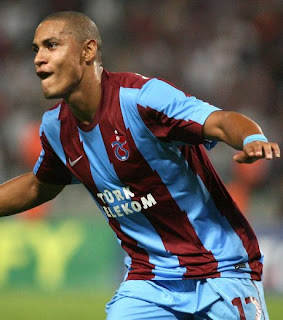 After all the heartbreak and disappointment in the last couple of years, there looks to be some good news on the horizon at Ankaragucu. Although past experience teaches us not to get carried away, the interview tonight with Atilla Suslu certainly gives us some hope that the club are moving in the right direction off field.

I would also like to add what a fantastic job Atilla Suslu has done in his short time in charge. If and its a big if Ankaragucu can come out of this mess then he can take all the credit. It really is refreshing to have someone like him in charge of the club. The following statements were all made tonight by Atilla Suslu and thanks to the official Ankaragucu Facebook page for breaking the news.

* After very positive discussions the club are very close to removing the transfer ban. It has been agreed the club will pay 1.5 Million Lira instead of the 7.5 Million that was supposed to be paid.

* Timur Ozgoz has confirmed he wont be going to Adana Demirspor and wants to stay at the club.

* Genclerbirligi, Bursaspor and Fenerbahce have all confirmed they will help Ankaragucu by sending players on loan for free.

* Trabzonspor general manager Sadri Sener also said he will send Paulo Henrique to the club on loan as well as other young players if the ban is lifted.

* Augustine Ahinful who now works with the Ghana FA, will send players from Ghana to the club

* Mustafa Kaplan has a list of 15 players he wants, names mentioned are Murat Aykuz from Karsiyaka, Cihan Yilmaz from Boluspor and Kemal Aslan from Denizlispor. Also linked to the club are Kursat Duymus from Akhisar and former Ankaragucu striker Jaba who is with Antalyaspor.

Exciting times indeed, but lets not get carried away as we have been disappointed to many times in the past. The one that im most excited about above is the possible signing of Paulo Henrique from Trabzonspor.
By Nady - January 01, 2013