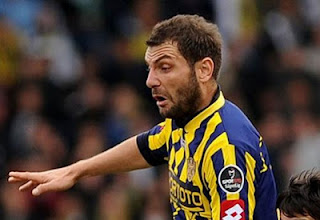 We know that Jim has lost his Optimism pills but thankfully i have found them and have been taking them instead. According to reports from various media outlets if Ankaragucu lift the transfer ban, then the club will bring a host of former players as well as foreign players to the club.

Just last night on his twitter page, Aydin Toscali claimed he wanted to return to the club that he misses if the transfer ban is lifted. The club will also make moves for Genclerbirligi winger Mehmet Cakir, former Fenerbahce midfielder Kemal Aslan and one of Jim's former heroes Giani kirita.

Former Ankaragucu legend Augustine Ahinful will also send some African players across from Ghana, Augustine sent over two players from Ghana in the summer but both were sent home after the club failed to lift the transfer ban.