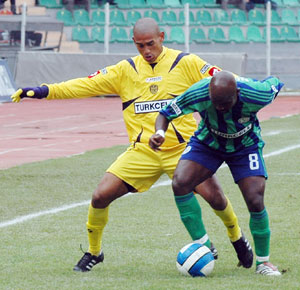 Ankaragucu host Rize on Saturday afternoon at 2pm Turkish Time, 12 Pm UK Time. As usual all the talk of Ankaragucu this week has been about the going ons off field as opposed to on field. After a 1-1 draw at Boluspor last week Ankaragucu will be looking for that all important win to kick start their season in this battle against the drop.

This weeks opponents Caykur Rizespor are as tough as it gets in the PTT Lig, the front pair of Ousmane Jallow and Uche Kalu are the leagues strongest front line although it looks like Kalu is struggling to make the game through injury. After a fantastic start to the season Rize have went 5 games without a win, but still sit in 5th position in the league table.

Under Mustafa Kaplan Ankaragucu have drawn their 3 games in the PTT Lig, their have been signs of improvement but the team needs to start finishing teams off having took the lead in all of those game only to share the points. Mert Erdogan should return from suspension but the team will be without Orhan Evci and Serkan Sirin who have been demoted to the reserve team due to disciplinary problems.

Yet again Timur Ozgoz and Umit Kurt will have important roles to play in the team, Timur will need to take any chances that come his way and Umit will need to lead from the back. In the picture above Ankaragucu won 2-0 at home against Rize with one of Jim's favourite players Gustav Bebbe scoring both goals, lets hope for a similar result on Saturday.

Im not going to predict this one as it usually brings bad luck, lets get to the stadium and get behind the players and roar them onto victory.
By Nady - December 06, 2012