A foreign coach for Ankaragucu? 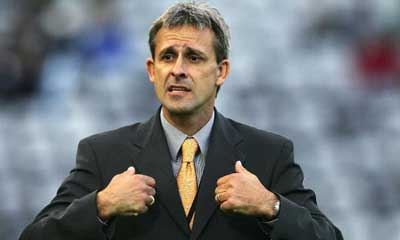 With Sir Eski Kanka in the wilds of Scotland and therefore out of contact with the civilised world I thought I had better give the latest update on Ankaragucu.

I just read on the Milliyet website that Ankaragucu have come to an agreement with German Pierre Littbarski to manage the team next season.

This is so far just an agreement in principle so nothing is certain but a move by the former German national player would be great for Ankaragucu, especially considering he already has one prestigious title to his name - he coached Sydney FC to the title of the Australian A-League earlier this year as we reported here.

Littbarski left Sydney at the end of the season after failing to agree on a new salary.

Sir Eski Kanka? Are you out there? Any chance of sending a carrier pigeon across Hadrian's Wall with your thoughts?